In general ultrashort laser pulses or femtosecond lasers are being increasingly used in many areas as life science and industry as they have significant advantages compared to longer picosecond or even nanosecond pulses. They are ideally suited for life science applications as for example biophotonics and especially multiphoton microscopy. Furthermore you can perfectly use these lasers in neuroscience and especially optogenetics. All these applications benefit from the very high peak power of our laser systems.

You can use ultrafast fiber lasers in many life science applications. In general, one of the most important applications is the multiphoton microscopy. Due to the longer wavelength of a multiphoton process a deeper imaging depth can be achieved compared to linear microscopy. Furthermore an interaction of the light with the cell only occures in the focus which allows for a 3D imaging.

Especially in this field of two photon microscopy you will benefit from the very short and intense pulses from our Aalto or Tidal laser system. Due to the very short pulses the efficiency of a multiphoton process will be increased and lead to an increased signal to noise ratio. For example the efficiency of a two photon process can be improved by more than a factor of 5 using our ultrafast fiber lasers compared to conventional 200 fs laser when using the same average power! To get the shortest pulses at your sample the laser systems feature a pre-compensating dispersion module which allows you to optimize your signal.

In addition these very short pulses allow for a deeper imaging depth and sharper imaging which will improve your results!

In other words, just by using our laser, you will benefit from the shorter pulse durations!

A very strongly increasing use of ultrashort laser pulses with very short pulse durations is to be recognized also in the field of neuroscience and especially optogenetics.

Optogenetics is a very new field of biophotonics. The idea is to use light to activate or inhibit signaling of neurons to study the neural network of the brain. In general, different steps are used for experiments in optogenetics.

Imaging neurons: By using multiphoton excitation and raster scanning methods a volume of neurons can be mapped. Therefore light sensitive proteins, so called opsins, were used. These genetically encoded proteins, for example GFP, eGFP, YFP and m-fruits, can be activated by illuminating with wavelengths between 900 nm and 1100 nm (depending on the type).

Stimulating and probing neurons: For activating or silencing neurons light sensitive proteins, so called opsins, were used (channelrhodopsins (e.g., ChR1 and ChR2)). By illuminating at the correct wavelength these membrane resident proteins enable an ion flow across the membrane changing the membrane potential resulting in neural signaling. Stimulation by light of these proteins changes the cation gradient (usually Ca2+) and hence the electrical gradient, across cellular membranes, targeted local illumination can stimulate or silence activity in the target neuron(s). Signaling is usually measured in term of local Ca2+ ion concentration using another type of genetically encoded calcium indicators (GECIs) like GCaMP that fluoresce more strongly in the presence of Ca2+ ions when activated with a laser beam.

Ultrafast laser systems are an unique tool for micro- and nanomaterial processing. Femtosecond pulses allow for a significant reduction of the heat affected zone (HAZ) compared to pico- or even nanosecond lasers. Due to the very short pulse duration the coupling of heat to the surrounding matter is very low, which leads to the so called “cold ablation”. Due to the very low thermal damage around the area to be processed it is possible to process extremely small structures.

In general: The shorter the laser pulses are, the finer the structures which can be processed. Therefore we are working continiously on increasing the power level to offer an unique tool for special nano- and micromaterial processing in the future. If you are interested in more information, please contact us.

However there are many more applications for our ultrafast fiber laser systems. Please take a look below. 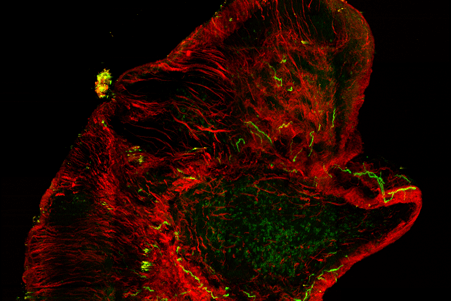 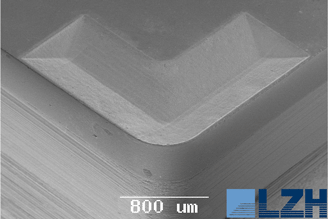 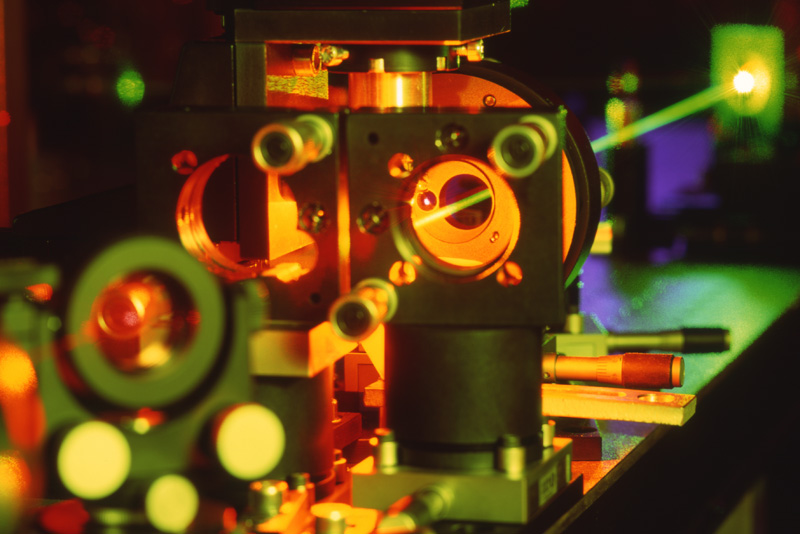